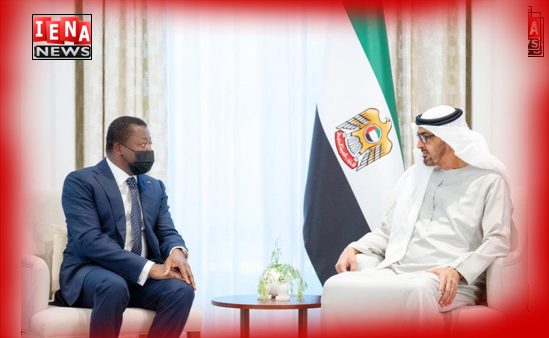 The President of the Republic reiterated his condolences to His Highness, and asked him to renew his message of sympathy to the people of the United Arab Emirates and to the bereaved family, following the death of Sheikh Khalifa bin Zayed Al Nahyan.

His Excellency Faure EssozimnaGnassingbé once again congratulated His Highness Sheikh Mohamed bin Zayed Al Nahyan on his accession to the presidency of the United Arab Emirates. He wished him, on his behalf and on behalf of the Togolese government and people, every success in his mission, for the progress and prosperity of the UAE and its partners.

The two leaders exchanged on issues of common interest, and agreed to work towards strengthening the friendly relations between their countries and promoting cooperation opportunities, especially in the fields of economy, development and renewable energy.