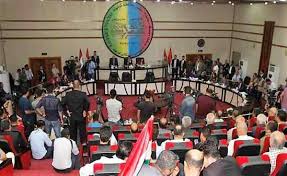 Abadi said during a press conference held at his residence in Baghdad after presiding over a meeting of the Council of Ministers, that the decision leads to widening differences between Baghdad and Erbil.

The majority of members of the provincial council of Kirkuk (north of Baghdad) voted to approve the province’s accession to the referendum on the independence of Kurdistan, Iraq, scheduled for next month.

For his part, considered a leader in the Kurdistan Democratic Party, Abdul Salam Barwari, the decision is legal and constitutional, “and there are no articles in the Constitution to prevent any province or territory from the referendum.”

Berwari said in an interview with Al Jazeera that the Iraqi government is not committed to the Constitution, and not to implement Article 140 of it on resolving issues of disputed areas between the central authority in Baghdad and the Kurdistan region of Iraq.

Member of the coalition of state law Mohammed al-Ukaili said that this step would increase the dispute, especially since many of the files remained unresolved because of “Kurdish intransigence

Peshmarga and Volunteers speard Kirkuk after an Iraq warning