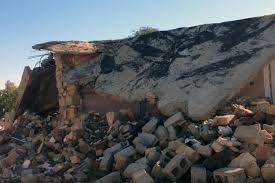 Peshmarga and Volunteers speard Kirkuk after an Iraq warning

The source in Erbil that a large number of militants – who say they are civilians volunteered to defend Kirkuk – have spread throughout the disputed city of Kirkuk, while the registration of volunteers in all the Kurdish cities in Iraq.

The sources said that the governor of Kirkuk, Najmuddin Karim – who was sacked by the Baghdad government – last night toured areas where there was a proliferation of militants, calling on the people and militants to exercise restraint.

The Agony of Muslims in Burma!!!Rohingyas recount terror of Burma clashes!!!